‘The Key to the North’: Pontefract Castle’s place in the English Civil War

“[Pontefract Castle is] well watered; situated on rock in every part of it; and therefore difficult to mine. The walls are very thick and high, with strong towers; and if battered, very difficult to access, by reason of the depth and steepness of the graft.” – Oliver Cromwell

Perched on a rock to the east of a market town in what is now West Yorkshire, Pontefract Castle is but a shadow of its former self.

What remains gives only a small indication of a once magnificent and extravagant castle; built in 1070, its wooden palisades were gradually replaced with stone and it became a symbol of royal power and dominance in northern England for almost 500 years.

By the time of the English Civil War it was still an imposing edifice, its unusual design featuring ten towers measuring up to 20 metres high; the largest of the towers, the round tower with its distinctive lobe shape, was likely unique in England. Two outer walled baileys protected one side of the main keep, the rest being surrounded by steep, rocky cliffs. Against medieval armies armed with bows, arrows, and swords, it would have seemed impregnable.

So why was Pontefract Castle a key stronghold during the English Civil War? Especially in an age when gunpowder cannons surely made the tall stone walls of medieval castles obsolete? 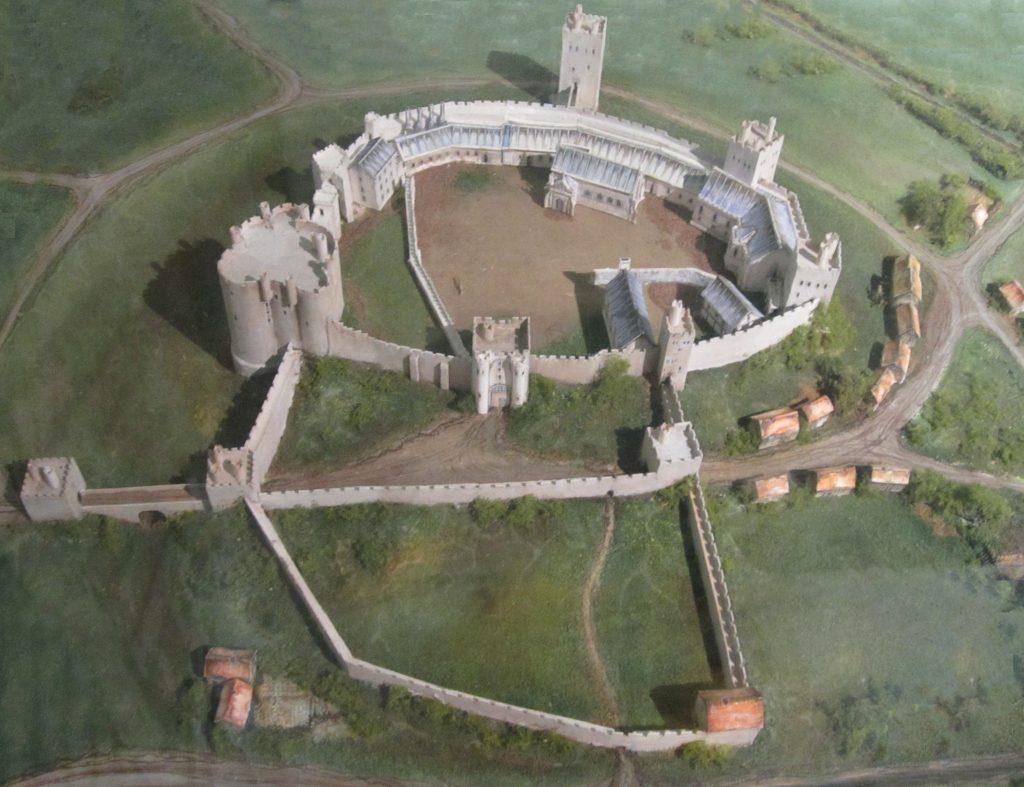 Pontefract was the principal castle in northern England, and, in Edward I’s words, the “key to the north”. Its importance lay in its location – not only is Pontefract one of the key towns on the Great North Road as it strikes north through Yorkshire (see map below), but it controls an important crossing of the River Aire while the high ground it sits on offers a naturally strong defensive position.

It was also one of the strongest and most impressive castles in England, which housed the principal royal armoury in Yorkshire – its importance is shown by the fact that more money was spent maintaining Pontefract than on virtually any other castle in England. When it was surveyed in 1621 it was once more found to be in need of £3,000 of repairs, which is the equivalent of more than £500,000 today, yet despite the cost at a time when the royal treasury was strained the repairs went ahead. 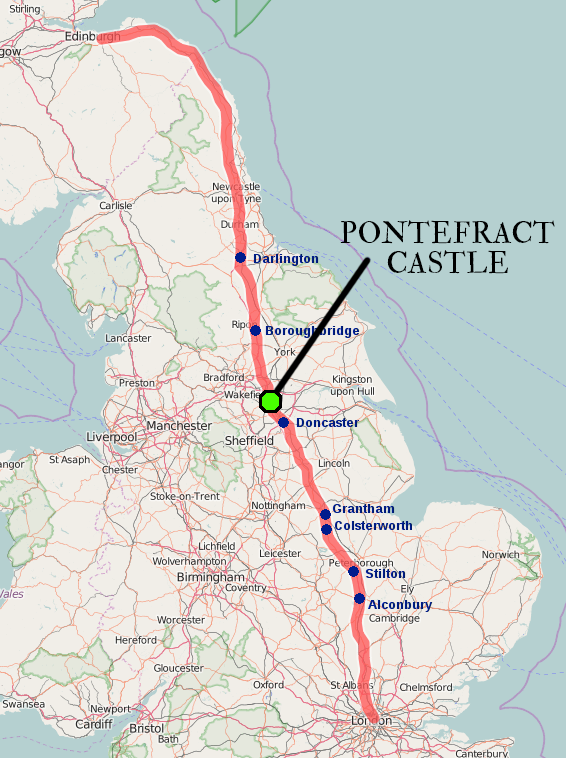 Thanks to its key position in the north, the castle often played a part in national events, such as the Wars of the Roses and the 1536 rebellion known as The Pilgrimage of Grace, and after his arrest in 1399 Richard II was imprisoned in Pontefract, where he starved to death (or was starved to death) a year later; William Shakespeare’s play famously has him lament, “Pomfret, Pomfret! O thou bloody prison, Fatal and ominous to noble peers!”

After war between King Charles and Parliament broke out in 1642, Pontefract Castle was one of several castles garrisoned by the Royalist forces of the Marquess of Newcastle, King Charles’ general in the north. Sir Richard Lowther, a former MP from Ingleton in North Yorkshire, seized the caste in December 1642 after Newcastle had driven Parliament’s forces out of nearby Tadcaster. Pontefract provided a convenient bridgehead from which to control the surrounding countryside and, during the early stages of the first civil war, Royalist forces set out from Pontefract to attack Leeds and Bradford.

Yet no effort was made to besiege Pontefract for the first two years of the war. This was not because it wasn’t important but because sieges consume time and resources, which Yorkshire’s Parliamentarians sorely lacked…

Yorkshire was one of the front lines of the first civil war, as the Marquess of Newcastle and the Parliamentarian armies of father and son commanders Ferdinando and Thomas Fairfax vied for control of the prosperous region. The Royalists controlled key point such as the walled city of York, and the castles at Pontefract, Knaresborough, Newark, and Skipton, while Parliament possessed the port and arsenal at Hull and numerous towns throughout the county. While Fairfax and his son faired well in the early stages of the war, taking towns such as Leeds and Wakefield, at the Battle of Adwalton Moor in June 1643 Newcastle completely routed their forces and began to roll back all their gains, forcing them to retreat to the safety of Hull. This meant drawn-out sieges against strongly defended castles were next to impossible – without controlling the surrounding countryside, any besieging army would be vulnerable to being attacked in the rear by an enemy relief force. Simply, Parliament lacked the control and resources to devote to trying to take Pontefract Castle.

However, in July 1644 the north was lost to the Royalist cause with the crushing victory for Parliament and its Scottish allies at the Battle of Marston Moor. His army destroyed, Newcastle fled into embarrassed exile in Europe and, with him, went the threat of the northern Royalist army. This gave Parliament the breathing space and resources to finally deal with the Royalist garrisons that had long been thorns in their side and they began the process of mopping them up one by one.

But this was not an easy process and even with cannons, the medieval walls of Pontefract and their defenders proved much harder to dislodge than Parliament expected.

The English Civil War now truly came to Pontefract and it would leave an indelible mark on the castle and the town.

Stephen Bull, The Furie of the Ordnance: Artillery in the English Civil Wars (2008)

Lila Rakoczy, Archaeology of Destruction: A Reinterpretation of castle slightings in the English Civil War (2007)

How did a battle in Germany 11 years before the English Civil War change how it was fought?
2nd April 2020

People of the 17th Century: Julian the Woodworker
10th March 2020

The Battle of Nantwich, Part Three: will Parliament’s relief force make it in time?
23rd January 2020

The Battle of Nantwich, Part Two: the Royalists storm the defences!
22nd January 2020 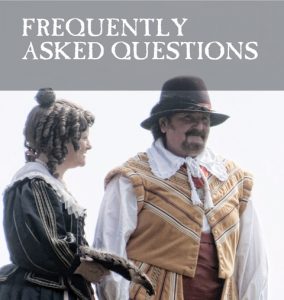